skip to main | skip to sidebar

The Mozambique Drill is probably the most influential combat training drill of all time.

It seems that a friend and student of combat pistol guru Jeff Cooper, one Mike Rouseau, walked into a problem in Mozambique a few decades ago. In Jeff Cooper’s own words, as quoted from one of his Commentaries:

“I added The Mozambique Drill to the modern doctrine after hearing of an experience of a student of mine in Mozambique when that country was abandoned. My friend was involved in the fighting that took place around the airport of Laurenco Marquez. At one point, Mike turned a corner and was confronted by a terrorist carrying an AK47. The man was advancing toward him at a walk at a range of perhaps 10 paces. Mike, who was a good shot, came up with his P35 and planted two satisfactory hits, one on each side of the wishbone. He expected his adversary to drop, but nothing happened, and the man continued to close the range. At this point, our boy quite sensibly opted to go for the head and tried to do so, but he was a little bit upset by this time and mashed slightly on the trigger, catching the terrorist precisely between the collar bones and severing his spinal cord. This stopped the fight.

“Upon analysis, it seemed to me that the pistolero should be accustomed to the idea of placing two shots amidships as fast as he can and then being prepared to change his point of aim if this achieves no results. Two shots amidships can be placed very quickly and very reliably and they will nearly always stop the fight providing a major-caliber pistol is used and the subject is not wearing body armor.

“However, simply chanting ‘two in the body, one in the head’ oversimplifies matters, since it takes considerably longer to be absolutely sure of a head shot than it does to be quite sure of two shots in the thorax. The problem for the shooter is to change his pace, going just as fast as he can with his first pair, then, pausing to observe results or lack thereof, he must slow down and shoot precisely. This is not easy to do. The beginner tends to fire all three shots at the same speed, which is either too slow for the body shots or too fast for the head shot. This change of pace calls for concentration and coordination which can only be developed through practice.”

Thus was born The Mozambique Drill and, most especially, the now universally taught fight-ending technique called the Double-Tap. Though Mike Rouseau was later killed in action in the Rhodesian War -– as the communist takeover of sub-Saharan Africa continued unabated under the approving eyes and often direct support of the U.S. government -– his legacy lives on.

If any dangerous animal, including man, is able to remain standing after absorbing the trauma of a gunshot -– and it is a fact that gunshot wounds to the body rarely kill instantly -– his body has time to pull the pin on an adrenaline bomb that can make him appear to be bullet-proof in the face of follow-up shots. Stimulant drugs have the same effect, as does body armor. The concept of the Double-Tap is not one shot followed up quickly with another separate shot. The two shots must strike almost simultaneously, a double-barreled effect, in order to multiply the shock and destruction of the first shot. Two separate, aimed shots, even if they are fired within a brief interval of time, make up a “controlled pair,” which is not a bad thing but is not nearly as effective as a Double-Tap. Two shots that merge into one with a single aiming point and sight picture is what makes a Double-Tap.

In the classic Mozambique as defined by Jeff Cooper, the third shot, carefully aimed to the head, is only delivered after the shooter first pauses to evaluate the effectiveness of the Double-Tap to the body. I must disagree, however, and side with my associate Gabriel Suarez when he writes, “Place two shots in the chest then -– automatically and immediately -– stage the pistol for the head shot. Do not evaluate anything ... if you see his face in front of your sights, shoot.”

It’s a safe bet that nobody ever won a gunfight by pausing in the middle of it to observe a unilateral moment of silence.

The purpose of the head shot is to destroy the brain, thus shutting down the central nervous system and bringing hostilities to an immediate halt, no matter the presence of adrenaline or drugs or Kevlar. On a human target, place the shot from a low point between the adversary’s eyes to a high point in the center of his forehead. A higher shot may deflect off his skull and a lower shot may miss the switch and simply run up enormous dental and plastic surgery bills.

On any self-cocking handgun, when you fire a shot and release the trigger, the trigger begins its journey back to its starting position in anticipation of firing the next shot. The trigger first passes through the point where it resets itself (you can usually hear and feel the click) and then on to the end of whatever take-up factor, if any, is part of your trigger system. If you release the trigger entirely after the shot, as beginning shooters are wont to do, you have to start your trigger pull all over again for the follow-up shot. There is no need to waste all this mental and trigger-finger time and energy. Much more compact movement is possible.

If you think from the very beginning in terms of multiple shots, keeping the trigger pressed back as your gun fires and then, with your finger never leaving the trigger, allowing it to begin its return journey just to the point where it resets, you can fire again immediately. The trick is to maintain contact between trigger-finger and trigger throughout the firing sequence, also a prime component of “follow-through,” and make the finest possible press-release-press movements with your finger to keep your pistol operating without interruption.

On semiautomatics with short trigger resets, notably 1911s and Glocks, you can get off multiple shots amazingly fast. I used to shoot competition matches against a guy who could shoot his Glock as fast as a subgun and, though he taught me how to do it, there wasn’t much competition involved. Some people just have faster, more sensitive trigger fingers than others. The Reset Shuffle is a cousin of the old western trick of holding down the trigger and fanning the hammer of a single-action revolver, but this modern incarnation works only on semiautos with short single-action trigger pulls. You gain little or no speed using it on any revolver or any double-action-only pistol other than the natural benefits of a controlled follow-through, though there are intensively trained shooters with specially modified guns of that sort who can shoot them just as fast.

To demonstrate to yourself how The Reset Shuffle works, make sure your gun is empty and pointed downrange, rack the slide, press the trigger to drop the hammer and continue to hold the trigger back. Do not release the trigger. Rack the slide again to re-cock the gun as would happen if you had fired a live round, and then slowly release the trigger only until you feel and hear it click. It is now reset and you can stop your release and begin to press again, dropping the hammer a second time with very little movement. Continue this sequence to get a real feel for it.

Now do it with live ammo, making sure your front sight is centered and focused on target before the Double-Tap begins. Do it fast, very fast. You’ll have to change mental gears between the Double-Tap and the head shot, but don’t waste any time doing that either. It’s important that you maintain a solid and consistent grip throughout for the sake of accuracy, especially during the Double-Tap. You have to remember that the Double-Tap is a single complex operation, not two separate simple ones. The sequence is: sight picture, Double-Tap, head shot. With enough practice, your Double-Tap will be an intimate pair of holes in the chest of your target, your head shot will be perfectly centered, and your speed will amaze you.

Students, associates and other “family” members of Gunsite, the pioneering firearms training academy founded by Jeff Cooper, have honored The Mozambique Drill by converting the noun into a verb, writing some lyrics and setting them to the melody of the song Dominique as recorded by “The Singing Nun.” The unsung writers of The Mozambique Two-Step never copyrighted the material because it was thought highly unlikely that Barbra Streisand would ever want to sing it.

VERSE:
With your sights on center chestTwice your trigger you have pressed.If two don't stop the fight,A head-shot should set it right!

VERSE:
It is best to use a slugBig enough to stop a thug.Calibers that start with fourWill better drop them to the floor!

VERSE:
Stop this talk of “failure drills,”For it denigrates our skills.Failure is a word so bleak,But I rejoice at “MOZAMBIQUE”!

ADDITIONAL VERSE:
In full evening dress you strollwhen accosted by a trollwho seizes your maiden fair.Three quick shots to save the day, reload, press-check, you're on your way,and you've scarcely mussed a hair.

ADDITIONAL VERSE:
Mozambique the bloody creep!For he's been breathing far too longand you must shut him down.’Tis unmitigated actthat you need now and that's a fact.Thank Heaven you know how!

CONTEMPORARY ADDITIONAL VERSE:
If on the dusty Arab street,Foul Osama you should meet,With his arms upraised, in full jihadi call!Mozambique without delay,’Tis the order of the day,And you'll do a welcome service for us all!

When the Bolsheviks took over Russia they changed the name of St. Petersburg first to Petrograd then to Leningrad because they wanted to show how “progressive” they were. When the people threw the communists out, they changed the name back again. St. Petersburg will always be St. Petersburg no matter what some PC-indoctrinated collectivist twit thinks you should call it. Despite today’s tendency to show how “progressive” we are by making all words taste like cottage cheese, I say we call The Mozambique Drill by its proper name which is The Mozambique Drill. And practice it a lot.
Posted by Robert Boatman at 11:15 AM 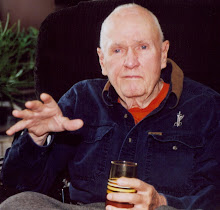 To practice reset, hold the trigger back as you rack the slide to re-cock your pistol. 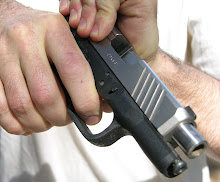 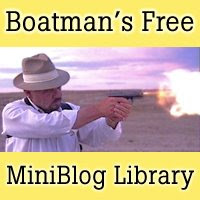 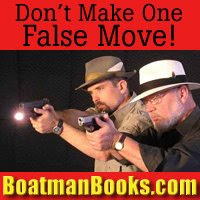 click here to join, upgrade or send a gift